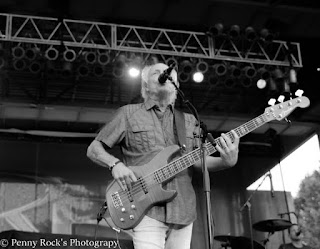 by,Penny Pepperstein Oh, the harmony, that sweet, sweet harmony of the Little River Band. I grew up listening to that harmony on the radio and remember loving songs like “Lonesome Loser” and “Lady”, never knowing it was the same band. The coolest thing about not being able to know the difference between those song's owner is that your able to reach a different audience with each song. This makes for a huge success, this makes the Little River Band. I have seen them twice now, once tonight with a friend and once a few years ago with my boyfriend. Both times the surprise on their faces when they heard a song they didn’t know was the Little River Band  was completely priceless. Evidently, my friends aren’t the only fans that have this same reaction. In an article I read, Wayne Nelson said “You’ll see plenty of people mouthing the words…’I love this song…I forgot it was one of Little River Band’s hits!’ I always have my adventures when going to review a performance for the Nightlifeco.com or PennyReviewsRock.com and this was no exception.To start the night off, I underestimated my time getting from Omaha to Lincoln and was almost late.  When I arrived at the Pinewood Bowl Amphitheater I was greeted by the friendly parking staff who pointed to the direction I was to park and they did so politely. I found my parking, grabbed my tickets, ran to find my seats and was blown away by how awesome the seats were. I looked around and honestly, I couldn’t see a bad seat in the place. Normally, I am in the GA and I still couldn't see a bad place to sit. The downside, no folding chairs were allowed in the venue. So it might be uncomfortable if you're sitting but really, who sits at a concert anyway? When it got close to show time, I headed down the front of the stage with my camera and took my position. A few minutes later, the Little River Band took their position on the stage. Wayne Nelson-lead singer and bass player was center stage and would explain to the audience the meaning of certain songs such as "Help Is On It's Way, (dedicating this to all those in uniform) and this gave the concert-goers the ability to relate and rev them up for the song and it worked like a charm.  The first song out of the gate was the hit "Happy Anniversary" a timeless classic that had the crowd singing along and dancing too. Then, “Reminiscing”, a beautiful song and their highest ranking hit on the Billboard Charts in 1978, invited people to put their arms around one another and sing as foreheads or cheeks were kissed and swaying back and forth as the Little River Band sang in perfect harmony. The band continued their set with every song more familiar than the last, making the concert one awesome hit after another. I was so honored to have been able to see LRB again and bring yet another person to their show. Both experiences were amazing! I will be front and center when they come back this way again. One thing I have learned with the records I have listened to over the years and I still play on my stereo console, I am never sorry when a band like this plays all the songs I loved on those records.. Wayne-Bass, Vocals, Ryan Ricks-drums, Chris Marion-keys, Rich Herring-lead, Greg Hind-rhythm make up the band that is Little River Band. Every member sings harmony. Rich and Greg switched from lead to rhythm and even both lead guitar on several songs, making that a cool harmony too.Thank you for the entertainment and thank you for the dance down memory lane. As this was a double band night…I will be back shortly with second act and the memory lane STYX will bring. To be continued…This is Penny Pepperstein signing out! See you soon, see you there.PS Don’t forget to tip your bartender/server.  - See more at: <a href="http://nightli