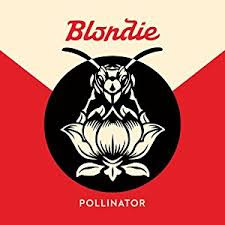 I have two favorite songs that will get me dancing with no-tequila-shot required. One is Madonna’s, Vogue. The words, “What are you lookin’ at?” still get my ass wiggling and my hands forming picture frames around my face and god help me, and others, if I am driving and the song comes on the radio.

Blondie, however, has the song that will turn me into the hottest disco queen on the block. Or at least, in the house. “Heart of Glass” a song I never knew all the words until the Internet arrived. No matter, I understood enough and with Debbie Harry’s sweet, hypnotic voice, with just a hint of a pout, as she discovered the love that she thought was so great, turned out to be heartache. This was an all-girls-on-the-dance-floor type of song.

The Stir Cove on July 19, 2017 was my first time seeing Blondie and you would think watching her perform at age seventy-two might send me into some sort of regret for not seeing her in her younger years. Oh man, not even close. There was no damn way that woman was seventy-two years old. I honestly had no idea. She started the night off with “One Way Or Another” with the perfection of a well-established rock star. The gruff words “I’m gonna, getcha, getcha, getcha, getcha” made me feel as if I were being stalked myself. The tone for the show was set when Debby Harry had a black cape with the words “Stop Fucking The Planet.” This would be the emphasis of Blondie’s tour, supporting an album titled Pollinator that was released in May, 2017. After the first song break, she explained how the world must take care of the honey bees to help pollination.

Harry, introduced the #1 hit from the album Pollinator titled “Fun” and if you didn’t know the song’s meaning from the beginning she sure made it clear for you by the end. A song about love to the excess, knowing it’s too much and yet still can’t get enough.

Debbie Harry danced, sang and strutted her way across the stage and in 98° Iowa heat no less. New songs she introduced, old songs, she let the music be the introduction. “Rapture” definitely needed no introduction with the church bell sounds and Harry’s soft voice, that I, among several concert dwellers, queued ourselves for the most famous rap ever. Seriously. “Fab Five Freddy told me everybody's fly, DJ spinning I said my, my...” Did you start singing? Did you get the lyrics wrong? Me too!

The backdrop screen to the song Heart of Glass was incredible. A beautiful three dimensional heart made of glass turning slowly 360°. As the wood block beat began, the heart reached the front again. It broke, shattered, into a thousand shards. Once again, all girls on the dance floor were lost in the sexy, seductive, disco sound the band Blondie delivered. And the soft sexy, seductive, voice of Debbie Harry delivered as well. I don’t think there was a single person in the Cove that wasn’t dancing on the grass, in their chair or even in their own head. You couldn’t help it. Heart of Glass is a song that just won't let you.

Debbie Harry and Blondie astonished me as most of the songs were pretty damn close to spot on. There was only one thing I would have changed about the night. THE WEATHER! It was so hot, and the audience wasn’t the only ones who felt it. The band had to be dying, but you surely couldn’t tell, they played through it and I can tell you I didn’t see Debbie Harry sweat at all. That’s hot. Posted 22nd July 2017 by Penny Pepperstein