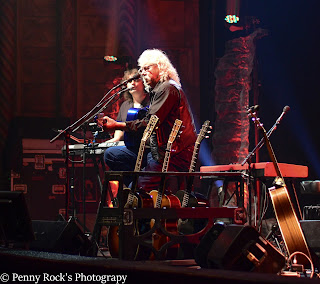 By, Penny Pepperstein Arlo Guthrie reminded me that you can go back in time, and you don’t need a DeLorean to do it. When I was a kid, listening to the radio in the car was the biggest treat, well, except for maybe going to the Drive-In at the Skyview. The radio was made up of huge push buttons and if you wanted to save that station you had to pull out the button and then push it back in, (yep I am going to age the sh*t outta myself today). A lot of the radio stations in Omaha, NE back then were mostly AM including WOW, KOIL, KFAB and a few talk and sports stations. But what I loved most were the sing-along songs. You know the ones that tell a story? Music such as John Denver, Elvis Presley, Johnny Cash, Bob Dylan etc.…It was the kind of music that was gentle on the soul. With acoustic guitar, drums to keep the tempo and a voice that kind of insisted that you, well, sing along. And I so sang along, loud and proud. I know this is a long introduction to my review but I have to set the scene. It was a time machine for everyone as most good memories of music usually are. The audience was made up of older ages because well they were following this artist that was their age too. Some of them looked as if they were fighting off the aged look (lord knows I am) and some looked as if they gave the fight up long ago. But I looked around and didn’t see older ages what I saw was a generation of Woodstock, a generation of Vietnam War and protest, John Lennon and peace marches. What I saw in the audience and heard in the music of Arlo Guthrie last night were those who still looked for the peace in music and that isn’t so different and yet sometimes completely different than the generations that came after. When I walked into the Rococo Theatre in Lincoln, Ne for the first time. I couldn’t believe how beautiful it was, the chandeliers, the balcony and the woodwork in the staircase was exquisite and as I looked up I thought I might see Shakespeare’s, Juliet. I don’t know, sometimes I just think like that. The stage was set simple but beautiful. There were eight screens to reflect the stage lights which consisted of mostly blues. At stage left, a keyboard stood that Mr. Guthrie’s son Abe would play. Stage right had an electric and acoustic guitar sitting in the stands. And next to the drum set was an array of percussions with of course the tambourine addition. Last but never least would be the drums encased in a drum shield so as not to overpower the singer and other instruments. Front and center were three different styles of acoustic guitars (couldn’t tell you the brand) as well as a small red keyboard directly behind the stool Arlo would be sitting on. When Arlo Guthrie and the band appeared they quickly took their positions on stage and began the first song Front Pages, a song I was unfamiliar with but was so relatable that I felt like I had heard it a million times. Seems to be a man or maybe a woman that leaves and gets lost but finds her/himself along the way. My interpretation only. Arlo had long, curly white hair that hung to his shoulders and a white mustache. He looked comfortable and dressed comfortable. There were so many laughs and cheers when Mr. Guthrie would throw out a memory of his history with Bob Dylan and how they did this or that together or his friendships with Richie Havens and memories of Woodstock. I must say this is the second musician I’ve seen that performed at Woodstock and mentioned not remembering much past getting out of the helicopter.  The best cheers came when the song Alice’s Restaurant, an approximately 18 minute ranted protest about Thanksgiving day, trash being dumped, an arrest made, a court date, a blind judge with a seeing eye dog, the draft and well, how being arrested could get you thrown out of the draft and more! This was the coolest and longest satirical song I have ever heard in my life and I found out this morning that it became a movie after the fact. At the end of the show I was so much more than pleased, this is an easy review to write. I can tell you that Arlo Guthrie gave me a two-hour time machine into my past, his past and well everyone there last night too. He entertained me with amazing stories of songs he had written, why and to whom. But best of all he talked of his Dad, Woody Guthrie and a song he wrote, a song probably every child’s class has sung one time or another. This Land Is Your Land, this land is my land, from California to the New York Islands…this land was made for you and meeeee.  Come on, you know you are singing it in your head right now. This is Penny signing out! See you soon, see you there. PS Remember to tip your bartender/server Posted 20th May 2017 by Penny Pepperstein
1 view0 comments